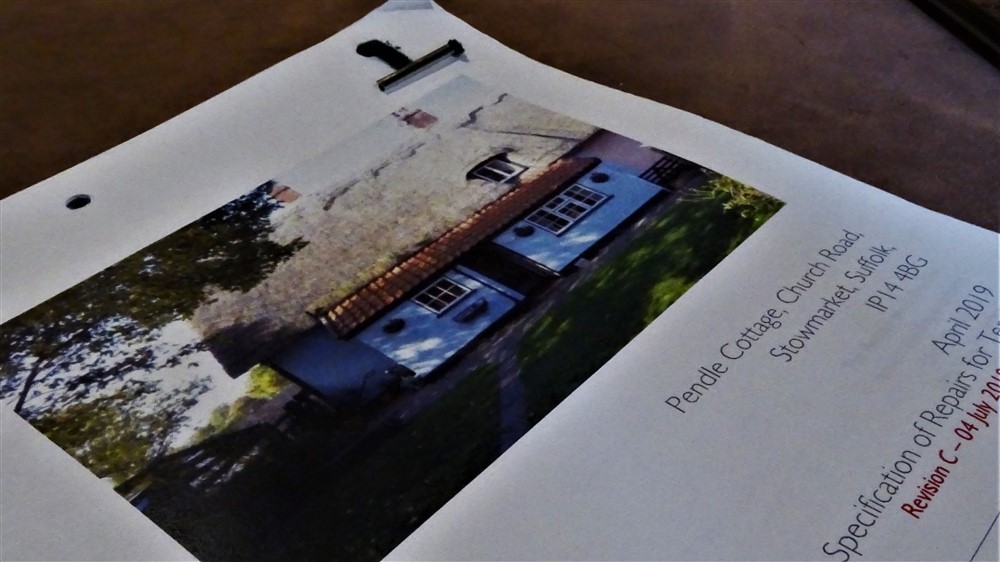 These last couple of weeks have been incredibly stressful. There seemed no way forward. NFU Mutual were saying that they didn’t believe that the repairs carried out by their builders were that bad but were refusing to find out for themselves and were disregarding both our experts and our photographic evidence.

I had been hounding their social media for a couple of weeks, then last week, I found that I had been blocked from posting on their Facebook page. (Surely that was a win for our side!?). Then, the same day, out of the blue, they offered £75,000 to get started on the repairs!

But, how on earth are we to start the repairs? We aren’t even sure what work needs doing! The only set of builders we had approached are now booked up until the autumn (according to our structural engineer who put us in touch with them last year). We also don’t trust this offer – what was the catch? Why £75,000 and not £80k or £90k? And after that was used up, they want us to go ‘cap in hand’ for every penny, providing evidence for every detail. They’ve treated us so badly and now seem to be trying to humiliate us even more. Anyway, knowing their five working day policy to reply, I know this would be yet another nightmare in this insurance claim.

We want to go home, but NFU Mutual give us no option but to refuse their offers. Why can’t they just say sorry and start being nice? We’ve done nothing wrong but, as I said in a recent email, they’re ‘penalising us for their mistakes!’ It all seems so unfair and hopeless. Are we ever going to get home? Are they still trying to wear us down so we back off and say yes to the littlest thing?

So, last week, we were still at an impasse. We’d said:

But, NFU Mutual had said:

Idea – A New Specification That They Can’t Refuse

Then, a couple of weeks ago, I had an idea.

I hadn’t told anyone as I didn’t want to jeopardise the situation before it could come to fruition. It would mean both sides making compromises. And when I asked the Investigator at the FOS (Financial Ombudsman Service) what she thought about it, she agreed that it was a good idea and could get things moving.

The only thing that could clear up, once and for all, all these issues was a new specification. It would compare the cottage now to how it was when the original specification was written. It would prove whether NFU’s builders damaged the cottage. And everyone would know for sure how much work still needs doing. It’s so obvious!

So why were they refusing to agree to another specification? Were they worried that it would prove beyond doubt how bad the situation was? They had after all dramatically reduced the fee we requested (and proved with a quote) for alternative architects. Was that so only the bare minumum could be done?

Are they really preventing us from obtaining the very information which could settle things once and for all? It just makes no sense – unless they really are trying to cover everything up!

Here’s what they said when I asked for a new specification to be written:

We do not believe the original scope of works were insufficient, nor was there any agreement to deliberately cut costs or use cheaper materials than on the specification. The specification was drawn up to reinstate the property to its pre-incident condition, whilst keeping the claim within the limits of the sum insured. All decisions made in preparing the scope of works were made with the information available at the time.

We believe that a new schedule of works is not required and that any new works required can be added to the existing schedule, if required. An entirely new schedule would be duplication of costs. We are willing to consider any additional works that you feel have resulted from the claim, but these will need to be evidenced as per the previous works.

The Architect originally instructed by NFU’s surveyor had long gone from our claim. I mentioned in my post: Ten Lies the NFU Mutual Told Us, that the surveyor had lied about his whereabouts but then retracted his statement. Instead of the surveyor being reprimanded and removed, as we had asked, he was allowed to stay on and the architect was removed – even though he’d done nothing wrong.

So, what if I contacted NFU’s architect? He wrote the original specification and could write a new one comparing then to now? He could be the best person to help us get to the truth. What’s more, as he had already written the specification, it would be much quicker and cheaper than getting a new architect to start from scratch. How could NFU Mutual refuse?

The FOS said it sounded like a good compromise. The only problem they could see, was us spending money we couldn’t claim back. For instance, if the architect said that a new ‘spec’ wasn’t necessary, or, if we went ahead with paying for a ‘spec’ and NFU argued that it wasn’t different enough to warrant a whole new one. But we were quite sure that anyone who knew the truth would recommend a new one. So, we decided on a report first – A professional opinion on whether a new ‘spec’ was needed. Because a professional opinion is always respected, especially in law, it would go a long way towards proving the truth.

Last Tuesday the original architect and our new structural surveyor came to the cottage. They walked round and discussed the situation. It was just as we thought, they agreed that a new specification is absolutely necessary.

And today we received the architect’s report. We now have written confirmation, from a professional, that a new specification is needed. He said:

My considered opinion is that a revised specification is now required for the following reasons:

A specification for the removal of lime render preserving surviving historic hazel poles and cob daub to facilitate repairs is required.

Additional structural drawings are needed; the unauthorised renewal of the timber frame south wall of the bathroom, unauthorised insertion of modern timber bracing within the attic and strengthening/replacement of oak studs on the south elevation (too slender for splicing) require structural solutions.

Cracks have opened up to internal first floor finishes on the west reflecting movement of the west wall during the preceding period requiring renewal of damaged finishes and redecorations.

A set of drawings and specifications for the above is required for a revised Listed Building Application and Approval.

Adjustment is required to drainage manhole covers set too high and associated repairs to garden finishes and minor damage to internal floor finishes.

Now to Wait and See

So there you have it! This report was sent off to NFU Mutual this afternoon together with a fee proposal to prepare a new specification. If they agree to it, then ‘all’s well and good’ and we can go ahead and get started.

If they don’t agree, then it will show that there’s something very wrong with this claim. Why try to prevent everyone getting to the truth? If that’s the case, then we can go back to the FOS who will force their hand. 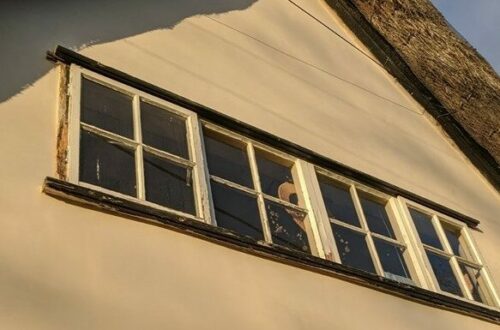 Why a Cash Settlement Offer? Our Claim with NFU Mutual 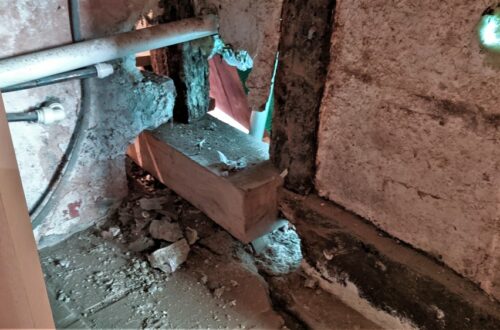 NFU Mutual are Refusing Us a New Specification, But Why? 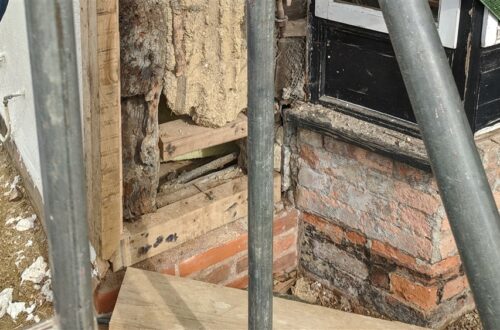 ‘We Cannot Continue to Talk About the Errors’ and You Can’t Have the Sum Insured! – NFU Mutual